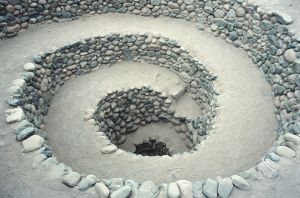 Have you been planning and planning your church’s capital campaign, but it doesn’t seem like the project is moving forward? Or, have you begun your campaign, and it’s not running as smoothly as you expected?
At CCS we hear these concerns from church leaders quite often. You’re stuck in the dreaded pitfalls of capital campaign planning. One consistent theme of successful campaigns – whether you are a large or small church – is excellent planning.
Luke 14:28:
For which of you, intending to build a tower, does not first sit down and estimate the cost, to see whether he has enough to complete it?
Here are 5 pitfalls of planning that can sabotage your capital campaign, and the solutions to get you moving forward:
Pitfall #1 – Deciding to build when your membership is declining.
Churches that are losing membership often decide to build something. It could be a fellowship hall, a new modern sanctuary, or a ministry center. It’s easy for churches to unintentionally get caught up in the idea and excitement of a new facility – without a plan to gain new members, change the age demographic, etc. But without a plan for growth, this “Build it and they will come” mentality seldom if ever works.
CCS Recommends – Start with a strategic plan for ministries that will attract new members. Then, implement and staff the program before embarking on major facility changes.
Pitfall #2 – Trying to build and later fund a master plan in one step.
By taking on large debt, a congregation may “sentence” itself to ten or more years of continual capital campaigns and become facilities poor, under-compensate its staff, reduce mission investment, and more.
CCS Recommends – You can modify your building plan so that it can be funded in no more than two consecutive capital campaigns, usually within five times your current annual contributions. It is fine to have a master plan, but understand that it may require several revisits over time as boards change and new leaders emerge with a differing view of the future.
Pitfall #3 – Building to satisfy your current aging membership.
When there is no voice, the potential new members or agencies outside of your community of faith are not considered in your planning. This can obviously lead to the end of a community of faith if they fail to pass on their legacy to the next generation. Another similar obstacle can arise when a church plans for a major facilities change without first consulting civic governing bodies, such as zoning boards.
CCS Recommends – When conducting strategic planning feedback sessions be sure to include external stakeholders. Those stakeholders should include civic authority, local planning boards, school administrations, and especially the “new member” who is not occupying a seat in your pews.
Pitfall #4 – Using visionary planning without the evidence to back it up.
Your members need enough detail to assure them that the plan will work and what it will look like. Very few of us have the ability to visualize from narrative descriptions or concept drawings created by artists, not architects. We have seen entire building layouts changed because elevator shafts couldn’t be accommodated and HVAC systems had to be relocated.
CCS Recommends – Most architects insist on being in on the early part of facilities planning, and rightfully so. However, it is not necessary to go too far down the road with an architect before you gain congregation support in committing to fund the plan or to participating in a feasibility study.
Pitfall #5 – Planning changes to sacred places within your church.
Your members may have a sentimental and emotional attachment to certain areas of your church. You know which areas these are. It can be very risky to plan changes to sacred places within your facility – such as the sanctuary, chapel, or other named building components – without getting your membership on board first.
CCS Recommends – Set out early to get your congregation’s buy-in for any changes planned for these spaces. Occasionally, we can’t change minds to become proponents for change, but we should be able to keep every member from actively working against a proposed and well thought out plan.
CCS and its trained consultants can help you avoid the pitfalls of planning. Please call us today at 888.558.6873 and take the next steps to assist your church and your congregation in moving forward with a solid vision for the future.